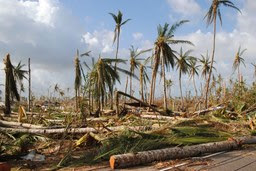 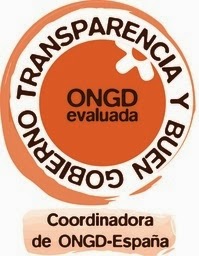 Salud por Derecho
Posted by Vasco Coelho at 29.11.13 Links to this post

iOnline
Posted by Vasco Coelho at 28.11.13 Links to this post

Manifest for an alternative agenda of solidarity


The "Manifest for an alternative agenda of solidarity"  is a result of a joint work of debate and propositions for an international cooperation to strengthen social movements.

In order to sign it, complete the form on the website above or send an email to: mmssycooperacioncritica@gmail.com

We are living in a phase of history that could be described as a crisis of civilisation ‐ a multi‐dimensional crisis based on those hegemonic global values of the last four centuries that have created a system of social regulation that generates structural vulnerability leading to mismanagement, inequality and unsustainability. As a result, to varying degrees, the majority of the planet’s population live under a Multiple Domination System combining capitalism, patriarchy, productivity, colonialism and low intensity democracy, all in ways that limit the reproduction and sustainability of life. It is time therefore to overcome and go beyond the present status quo and advance to a more emancipating social organization.

We are living at a turning point in history when the possibility for change is greatly enlarged. Despite the power and strength which the present civilizing project still possesses its failures become more and more evident for many individuals, organizations, communities and populations. All this has led to a renewal of the debates on well‐being, the quality of life, power, democracy, justice, equity – in short, the kind of planet and humanity we really wish for. Thus, those wishing to keep and even strengthen the present civilizing logic, are being confronted with new agendas based on different approaches. Consequently this is a strategic moment at which to raise alternative processes, initiatives, proposals and ideas that will enable us to advance towards greater political, social, economic, gender, environmental and cultural justice.

The construction and realisation of alternative agendas with a emancipatory approach is our priority. Such agendas will allow emancipatory organisations to overcome the imbalances of power, being and knowledge which are inherent in the present system. In place of a global society based on unlimited material progress, capitalist development and low intensity democracy, we must propose other standards focused on the sustainability of life, on the recognition and organisation of participative democracy, on the defence of the life of the community, on the politicisation of daily life and on defiance of the present system and the established order.

The emancipatory social movements should be placed at the head of the alternative most agendas. They have already shown great ability to anticipate, propose and apply new ways of thinking, feeling and acting. As a result, they are already among the most legitimate new forms of collective action by the great social movements. On many questions they have already outgrown the narrow activities characteristic of liberaldemocracy, coming to lead the resistance to capitalist and patriarchal modernity.

The discussion and practice of international cooperation should become a tool for achieving a larger role for alternative agendas as well as for supporting and strengthening the democratic forces which defend those agendas. Unfortunately, the tendency of official International Cooperation has been to prioritize the interests of the Global North, to hide the systemic roots of poverty and the global imbalances, to oppose global citizenship and shared responsibility as principles. It has prioritized specific results instead of structural transformations, favoured specific predetermined targets and failed to give preference to the anti‐establishment agents. International cooperation should carry out a thorough revision of its actions in order to connect it to the logic of the emancipatory movements.

A thorough revision of cooperation should occur as part of overcoming the present hegemonic agenda in favour of other alternative agendas based on the strength of ideas and proposals about emancipation. Thus, at this moment of historic choice, new formulas of cooperation are needed to help to overcome the crisis of civilization crisis.

On the side the multilateral institutions we see more signs of exhaustion than of new ideas. We therefore think it is appropriate that new proposals should come from a broad social field: from social movements, organizations and NGDOs to universities and all types of social organization. We want to make clear that these proposals are not about “the construction” of one single agenda but of many emancipatory agendas. We therefore support a strategic programme that links international cooperation to the emancipatory social movements.

For all these reasons, the undersigned social movements, NGDOs, organizations and institutions join in support of an alternative agenda of international cooperation that:

1. SUPPORTS THE REDUCTION OF GLOBAL IMBALANCES AS AN ASPECT OF POLICY. In the narrow field of under‐development and poverty, international cooperation should broaden its role as a tool able to detect and overcome global imbalances. The political dimension of cooperation should be prioritized and turn itself to an instrument of policy to equalize the balance between nations. It is still necessary to regard anti‐colonialism as part of this policy. Its target should be seen not as simply the reduction of poverty but the much broader policy of equality and cooperation between countries.

2. TAKES ITS FRAMEWORK OF REFERENCE AS THE STRENGTH OF IDEAS ABOUT EMANCIPATION. In opposition to the values of progress, individualism, economic growth and low intensity democracy, we propose that international cooperation to take its point of iframework in the strength of ideas about human emancipation. Such ideas are found in feminism, ecology, socialism, well being and decolonization as well as other alternative proposals. They also include the sustainability of life, recognition and organization of diversity, participative democracy, defence of the community, the politicisation of daily life and confrontation with the present status quo. The overall theoretical framework must be that of using these ideas to inform and influence the real practice of international cooperation.

3. ADOPTS AS AN OVERALL APPROACH THE REINFORCEMENT OF STRUGGLES FOR EMANCIPATION. Being aware of its impact’s limited possibilities and generation of structural changes, international cooperation must concentrate its efforts for the development and reinforcement of the capacities of those able to fight for emancipation. They should be helped to widen the space for their agendas by generating changes in the global structures, policies and dynamics which create imbalances.

4. FOCUSSES EFFORTS ON STRENGTHENING OF EMANCIPATORY SOCIAL MOVEMENTS. Among the great array of social struggles in the world international cooperation should prioritize the building emancipatory social movements and place it at the head of alternative agendas. If the agendas, strategies and organisational cultures of these movements are strengthened, this will be a great boost to democracy, social movements, political debate and popular legitimacy.

5. SUPPORTS THE MULTIDIMENSIONAL CHARACTER OF EMANCIPATION. Opposed to the tendency of international cooperation to reduce, prioritize and fragment policy sectors, our new proposal must recognize that emancipation has a multidimensional character. It covers all the contents of the strengthened agendas, strategies and organizational cultures of the emancipatory social movements. Due to the importance of the need to reduce global imbalances, emancipatory organisations are at at world level.

6. GOES BEYOND THE NORTH‐SOUTH LOGIC. In order to solve the great present issues, the logic of emancipation struggles, as well as that of other alternative agendas, is civilising, systemic and global. Within its global logic, international cooperation cannot set different tasks according to geography, because the challenges are part of a common and global one. One inequality does not counteract another but rather emerges from it, demanding joint strategies which respond to the common and global objectives in a diverse but complementary manner.

7. VALUES A GLOBAL PERSPECTIVE. Without diminishing support for local and national projects, international cooperation should see the global scope of cooperation as a priority. This is important because in this dimension some of the most significant determinants of capitalist modernity are found. Confrontation with them is only possible via the construction of members of a critical global citizenship, and international cooperation must deal with this reality. It has to emphasise the relevance of the international and regional networks of the emancipatory social movements, as well as to prioritize the organization of actors and agents from both Global North and Global South in joint strategies.

8. FACILITATES AN OPEN DIALOGUE, WITHOUT CONDITIONS. We support the creation of funding schemes based on specific binding economic commitments, planned and stable over time. These schemes would also guarantee constitutive and sovereign spaces of negotiation based on open and comprehensive debates without previous conditions.

9. SUPPORTS POLITICAL ALLIANCES AS A COMMON PRINCIPLE OF RELATIONS BETWEEN THE PARTICIPANTS. The needed alliances between north and south and between different social movements involve shared political responsibility. Specific objectives and tasks will vary. But they will all give the adequate common importance to their inter‐relations based on confidence, proximity and mutual understanding. This strategy involves favouring the horizontal dynamics by superseding the donor/recipient and part/counterpart logics.

10. BELIEVES THAT NEW TECHNICAL AND INSTRUMENTAL FRAMEWORKS SHOULD ALSO REFLECT THE LOGIC OF EMANCIPATION. The political spirit of the alternative agenda should also influence the technical and administrative fields. Therefore, the logic of immediate or short term expectations must be overcome, along with the technical and instrumental framework shaping it, and changed for new instruments oriented to medium and longer term objectives that should foster sustained political assessments, increase the multidimensional thinking as well as allow flexibility in defining objectives.

11. SUPPORTS COHERENT ADMINISTRATIVE INSTITUTIONS BASED ON THE LOGIC OF EMANCIPATION. The importance of transparency means that administration cannot be understood as a wall that blocks the access and participation of social movements in international cooperation. Administrators must not stand by as observers but must adapt to the identity of those participating in projects and adapt the logic of emancipation. A management dynamics must be based on confidence, simplicity and flexibility. It must allow needed access requirements and it must accept that political questions will be prioritized over the technical and administrative ones.
Posted by Vasco Coelho at 28.11.13 Links to this post

50 Years Later... Where Were You the Day President Kennedy Was Shot?

http://jfkmemories.tumblr.com/
Posted by Vasco Coelho at 22.11.13 Links to this post

Público.pt
Posted by Vasco Coelho at 21.11.13 Links to this post 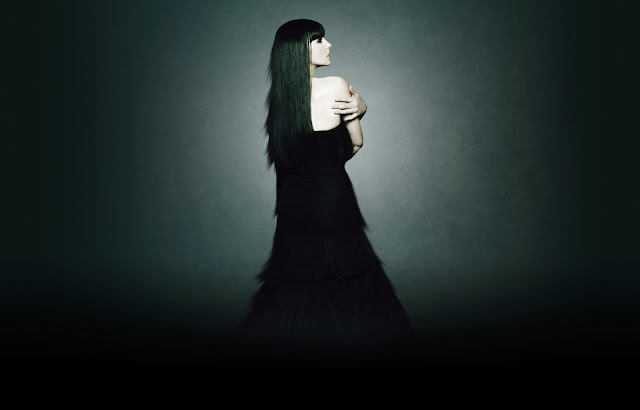 Official worldwide site of Monica Bellucci, the most beautiful woman in the world:

http://monicabellucci.co/
Posted by Vasco Coelho at 19.11.13 Links to this post

QR Code of this blog 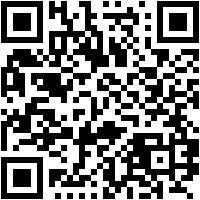 
Placebo (feat. Frank Black) - Where is my Mind?


Radiohead - True Love Waits & Everything in its Right Place